Just another quick little update with another survivor on the streets of Mayhem City.  He comes from Foundry's set labelled Professionals, and he looks like he is just that. 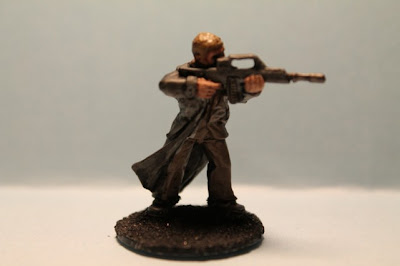 Dressed in an expensive suit, with a long trenchcoat, this killer for hire comes armed with a high powered assault rifle.   He definitely looks like he is better armed and/or prepared for the Zombie Apocalypse than the average civilian would be. 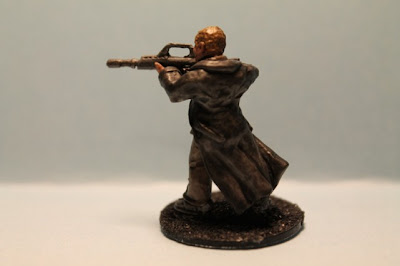 In actuality, as awesome as this figure is, I can't see myself using him often in an ATZ setting.   He just comes across as too confident, too well armed and too...professional.  As a hired gun in a modern conflict scenario, he would have much more use. 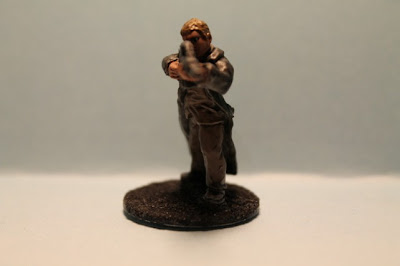 Sorry again for the lousy pictures.   Got a much better camera, but haven't figure out the settings.  I think alot of the crappyness has to do with poor lighting.  Anyway, I hope you liked this guy, who I did not name, but simpley refer to him as the Foundry pack name: The Professional.  All comments appreciated.