Welcome to 2012.  I haven't posted much (read: anything) in a while.  I was pretty much not using a computer for the better part of the Christmas Holidays, and only got to reading the blogs I follow  a day or two ago.   I figure it is probably a slower computer time for a lot of people.   But I'm back to it.  Haven't painted anything over the holidays either, so we're going to start off with a Questions and Answers post that I am taking from The Angry Lurker, who took it from Anne of Anne's Attic (Oh those crazy Irish).

1. What celebrity would you most like to shag and why?


I'll say Jennifer Tilly.  She may be a bit older now, but I still like her.   Why?  Sexy voice, brunette and a couple of other great features.

2. In the event of a Zombie attack what politician would you be willing to use as a human shield.


I kinda like the idea of Sarah Palin armed with a hunting rifle.  Apparently she's a good enough shot to take down moose, and keep a watchful eye on the Russians.  And if she's taken out by the zombies, well that's probably not such a bad thing either 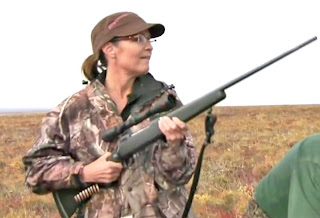 3. Rate the survival chances of 3 other bloggers if they are attacked by zombies.

The Angry Lurker:   8/10.  Being angry may help him channel some rage into survival tactics.  And if he's actually a good sneaking lurker that could help too.  But really, he gets the biggest boost in his rating because he'd likely sacrifice Ray (of Don't Throw a One) to ensure his own survival.

Brummie (from Brummies Wargaming Blog): 7/10   Brummie has a blog a lot like mine, the starting of a zombie game set up.  But lately he's diverged into a lot of supervillain and minions figures.   This   leads me to believe that Brummie is playing out his own super villain leader tendencies that are buried just beneath the surface.  The type or thing that would be brought forward in a zombie apocalypse.   Plus, he made a hover car out of a mouse, so he's pretty handy.

Anne from Anne's Attic:   2/10  That grade isn't supposed to be an insult, and its definitely not because she's a woman.  In fact, I think she'd likely kill more zombies than Angry and Brummie combined.  It's just that she's completely crazy, and I can picture her taking out scores of zombies, and herself with some sort of gasoline/matches explosion in a building.   So her survival rate is low, but her kill ratio is very high.

4.  if you could reanimate one dead person from history, who would it be?


The King of Pop, Michael Jackson.  Come on, the guy had an entire video game about memorizing zombies with his Dance moves. 5.  Would you be willing to take this person to a pub?  Why or why not?


Somehow I imagine Michael would prefer the Chuckie Cheese over the local pub.


7.  In the event of a nuclear holocaust would you be willing to eat cochroaches to survive?


I've had scorpion before so cochoaches can't be much worst. Is there ketchup in the post apocalyptic future?


Keep ir going, post your own answers on your own blog.