Here we have it, the first dwelling for the streets of Havensburg.  A few months back I went with the City Block combo offer from Sarissa, and that includes this Apartment building. 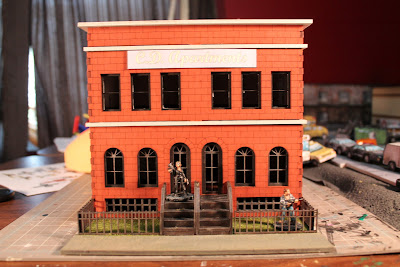 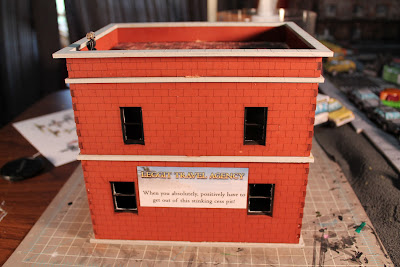 Sorry that the lighting was not the best for these pictures, but you get the idea.    These are the C.D. Apartments, named after Havensburg's glorious Mayer, Clay Davis.   (The name Clay Davis was stolen from the Wire, I believe, but I've never watched that show.  I just used it as I wanted the initials CD, and found some Clay Davis election posters seen below).  While Clay Davis is a respected politician, he also is a head in the criminal world, and owner of many different chunks of real estate.  His initials play up a bit of a pun, as these truly are seedy apartments. 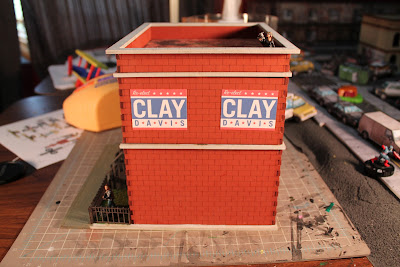 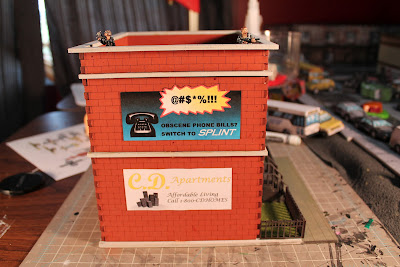 Some pics from the side showing off the signs. The Splint sign is from WWG, while the Clay Davis election posters I found in a Google search, and created the CD Apartments ad myself. 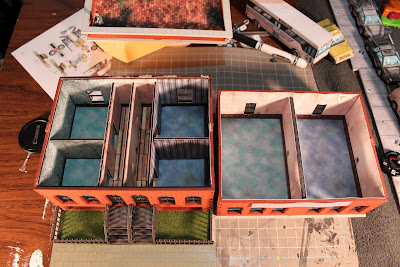 And just an overhead shot to show the inside.  On the left is the bottom/main floor.  Two separate apartments divided by a hall way and broken into two rooms.  Then on the right we have the attic part of the apartments.  Sarissa does not divide the attic, but I decided to use a piece of foamcore to do so.  I haven't added stairs yet, but I decided to not use full scale stairways, instead opting to just print out a single square icon representing where the stairs would be.   This isn't as realistic, but it saves space and time.

Hope you liked my first building, comments are appreciated.